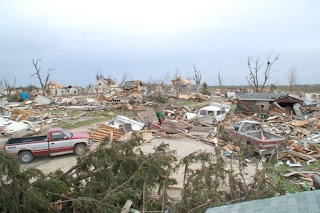 No words can describe what happened to a city just west of Waterloo, Iowa. Two of our church members have parents that live in Parkersburg, Iowa. Sarah Barcz attends our church and her parents were interviewed on TV and it is an amazing story. Click here to watch the story. (It does NOT work in Firefox.) Please say a prayer for them.

This is just 60 miles north of where we live. A sobered Tye out.
Posted by Tye at 2:03 PM No comments: 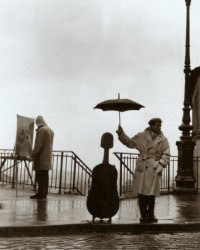 I am celebrating International Hug a Musician Day today and so far I've received 8 hugs! This is a special event that is featured on Facebook. I hope you will consider participating and hugging the musician of your choice! Tye out.
Posted by Tye at 1:46 PM No comments:

DAVID COOK is the American Idol!

Again, what is there left to say. What an awesome show. See you in January!
Posted by Tye at 9:00 PM No comments:

Ok, I said I was finished blogging during AI but I just had to tell you that I think Carrie Underwood stole the show from everyone. She's beautiful, smooth, gritty, powerful, and DEEPLY moving to listen to. I definitively got some tears going watching that incredible version "Last Name." She is absolutely amazing and TRULY an American Idol.

Btw, click here to read my blog post from last season when I described what I believed was a true American Idol.

And did Simon just apologize? I agree - both David's are winners! Awesome show, awesome season.
Posted by Tye at 8:39 PM No comments:

David Cook sings with ZZ Top. Incredible!!!! The last time I saw these guys was in Back to the Future 3. David is obviously in his element and loving it. I forgot how much I love that driving guitar sound. Tye out.

All I've got to say at this point, 45 minutes into the show - DANG! This is the most amazing finale I can remember, and I never saw the Carrie Underwood and Ruben Stoddard year. The first year we watched was the Fantasia year - gag.

The opening number with the two David's moved me deeply - that was amazing! They say that in leadership and teams that one plus one never equals two and this was definitely true in their opening performance.

One thing is for sure, David will win. And we can enjoy the fact that this was an extremely close and exciting season this year. Tye out.

(You probably ought to read my disclaimer on the right hand column prior to reading this blog post.)

I read an article yesterday in Leadership Magazine about The Next Level Church that has done away with the concept of having a "senior pastor" in favor of a team approach to ministry. Here is a couple quotes from the magazine:

“Eight years ago TNL Church dispensed with a senior pastor to implement a team leadership model.” Managing editor Skye Jethani of Leadership magazine says “They are not alone. I am in touch with churches from South Carolina to California that intentionally avoid a “senior pastor” in favor of a team model.” TNL’s Dave Terpstra says, “Just because we believe in a flattened structure doesn’t mean we don’t believe in leadership.”

At New Covenant Bible Church we have not dispensed with the idea of a senior pastor, but we have embraced the team leadership concept where we are all equals serving in various areas according to our strengths. Our ministry is truly a collaborative operation and lacks that "top-down" CEO mentality of many churches today.

But there are some keys that make this work and I would like to discuss some of these over the next couple of days. Tye out.

Yesterday I talked about how I walked away from a lifestyle of living for God and turned toward a lifestyle of serving myself. Then between my freshman and sophomore year of college a friend witnessed to me about the love of Christ and for the first time in four years I acknowledged my relationship with Christ.

That summer I decided not to return to the College Conservatory of Music to continue my studies in the Jazz/Studio Music program. I eventually gave my life back to the Lord and returned to worshipping him rather than myself.

I had difficulty understanding how God could forgive me for turning my back on him and living such an ungodly lifestyle when a friend showed me this passage in Isaiah 55:7. I would eventually come to accept God's mercy and his forgiveness which set me free to live a life wholly devoted to him. Without that sense of forgiveness I felt that I could never measure up and God could never be happy with me.

The Creator God loves you with an everlasting love. He has provided his son to die on a cruel cross in your place thus demonstrating his love for you and now he stands ready to forgive you. Why not ask his forgiveness today and walk away with a clean slate? Tye out.
Posted by Tye at 6:20 AM No comments:

Many followers of Christ have what we call a "life verse" which is a portion of the bible that we feel typifies our lives or we want it to typify our lives. Isaiah 55:7 is my life verse because it is descriptive of a turning point in my life. I'll explain.

I gave my life to Christ sometime around the time I was 12 years old. I realized that I could not atone for my own sins and that should I choose not to accept Jesus' offer of eternal life through his death on the cross I would have to pay for my sins - eternity in hell. I turned from myself and toward God and trusted him for my eternal life.

At 15 years of age I played my sax in a rock band and made $35. It was at that moment that I determined that I would seek a career in jazz/studio music. Unfortunately I did not think (and due to the teaching of my church) that a career in secular music was cogent with being a fully devoted follower of Christ. So, I turned my back on God and decided that I would rather live for myself and my music than live for God.

That decision led to several years of living a lifestyle that was contrary to what God teaches in his word.

I'll share more tomorrow about this story. Tye out.

Cynicism is not a spiritual gift

I can be a cynic - it just depends on the circumstances Like for instance when something is planned and the planning stage drags on and on. I'm all like, "let's just get this thing going!" Or when it comes to good grades, especially in college. The straight A student is most likely blessed with smart genes, gifted by God, and somewhat disciplined. How can you reward genes and God's gifting? Besides, the A student typically studies the teacher and learns how to tell them what they want to hear on testing day. Sometimes this actually translates into learning. That's cynical!!!

Well I took a look at the spiritual gifts inventory and couldn't find cynicism anywhere. I read an article with this same title (Cynicism is not a Spiritual Gift) today by Dave Burchett and thought I would share it with you. Click here to read the entire article. Dave offers five ways to keep from being cynical:

1. I am that wretch the song talks about. I needed God's amazing grace as much as anyone and without it I am absolutely destitute and hopeless. It is easy for me to look down on others until I realize that "but for the grace of God, there go I."

2. I need to focus on Jesus. when I take my eyes off the Lord and begin gawking at people, his church, or any other thing I can become cynical about others, the church, or even possessions.

3. I don't have any idea what other people are going through. That person who just barked at you for no apparent reason may be going through some personal hell that you cannot even begin to comprehend. We need to minister to them not by being cynical, but by giving them grace and mercy.

Today I want to be a person of grace and mercy. It is easy to be cynical and critical, but that is not what God wants from us. How can you be God's agent of grace and mercy to someone today? Tye out.
Posted by Tye at 9:48 AM No comments: 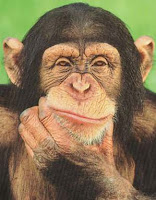 I don't like staring at a blank piece of paper but that is exactly what I am doing right now. I'm just wrapping up a time of reading the word, checking emails, and reading a couple online articles and will head on to the office here in a few minutes.

But this blank screen is driving me mad. What to write? Should I write? Will someone read what I write? Isn't there something more productive to be doing right now?

Still thinking. hmmmm. Hey!!! (said like Harry Caray) Maybe it is a good thing that I am thinking. Maybe so.
Posted by Tye at 9:41 AM No comments: 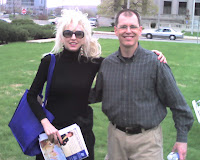 Thursday, May 1, the Linn County Association of Evangelicals (I serve as secretary) sponsored a National Day of Prayer observance on Mays Island in Cedar Rapids. It was a great day and I am thankful for a fair turnout of folks who came to show their support of this great nation we live in and to ask God's continued blessings on it.

The woman whom I am pictured with above is Dr. Lydia Hartunian, and she teaches at Kirkwood College where my son is attending, my wife attends, and I perform with the CR Jazz Band. Dr. Hartunian teaches Encounters in Humanities, Working in America, and Culture and Technology. She is also the faculty advisor for s student group called The National Day of Reason, a group that believes in secularism and humanism. She is also President of Atheists United for a Rational America. Dr. Hartunian is the founder and director of THE GREAT AMERICAN GOD-OUT!–an annual lecture series/celebration in November that encourages people to learn about godless living and critical thinking skills.

So you're asking yourself, what in the world are you doing in a pic with an avowed atheist? Dr. Hartunian came to the National Day of Prayer observance in order to show that there are citizens who do not embrace theism of any sort and so that they would be represented. But there's a twist...

Lydia led a group of students who held up signs encouraging people to "Pray, then act." In fact, they were collecting money for veterans in order to help them because they believe that hope is found in us rather than in God.

I thanked Dr. Hartunian and the students for their support of veterans and assured her that as a church we could always do a better job at reaching out to the downtrodden and disenfranchised.

We chatted for a long time and found that we have common ground in many things, not the least of which is that people need to be reminded that one of the greatest things we can do is to reach out to others, regardless of our motives.

As believers in God, our motive for loving others comes directly from God's own son Jesus Christ:

I thank God for bringing a new friend into my life. Tye out.
Posted by Tye at 10:57 AM 1 comment: